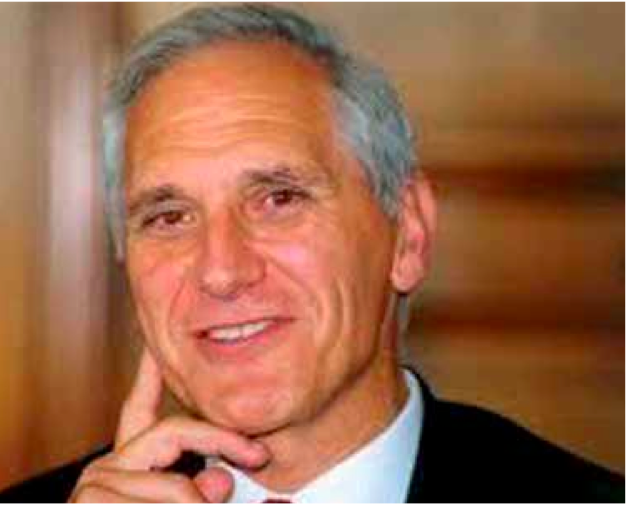 We met the lawyer Franco Lucchesi, Chairman of the Opera del Duomo since 2010 for which he is working on the redevelopment project of Piazza Duomo for the inauguration of The Great Museo del Duomo at the end of 2015. During an informal conversation we had an opportunity to ask him a few questions and know him better.

The Museo dell’Opera del Duomo doubled its exhibition space and is now a museum unlike any other.

Our plan is to complete the work by 2015. The plan not only doubles the exhibition space of the museum itself but also changes its setting. We will try to place the works of the Baptistery, the Cathedral and Belfry in the environment from which they come, in relation to their religious function, rediscovering their profound meanings. The correct reading of a work of art is representative of religious sentiment and cannot be separated from theme, which has inspired the artist.

We have great expectations for the North Gate of the Baptistery by Lorenzo Ghiberti (1403-1424).

Before dealing with the topic of the Doors, with regret I anticipate that the Baptistery will not be visible for almost two years because for the first time the entire exterior of the Baptistery will be cleaned and therefore will be enveloped by scaffolding. On this occasion, also, there will be an international conference on the Baptistery. It is one of the oldest monuments of Florence, but also one of the least known, so it will be a time of international comparison to be clear about its history and its architectural features. We intend to restore all three doors of the Baptistery. The twenty-seven years it took for the restoration of the Gate of Heaven were a fundamental experience to develop techniques for restoration of gilded bronze that were previously unknown. It is estimated that the restoration of the North Gate will will be completed in less than three years, in time for spring-summer 2015.

2015 is a very important year for Florence: the Catholic Church will meet in Florence for the National Congress of the Italian Bishops’ Conference and the Pope is also expected.

The conference, which takes place every ten years, has accelerated the schedule of work. The Pope will be in Florence for the first time, and we felt compelled to accelerate the work already in anticipation for the opening of the new museum and the cleaning of the monuments in the square.

The work on the extension of the Museo dell’Opera del Duomo is very expensive. In an environment where we always talk about cuts to culture, the Opera seems to go against the grain.

The Opera was created in 1296, on the day of laying of the foundation stone of the Cathedral and lives in symbiosis with the monuments. The work that we carry out is permanent, constant and continuous. All our resources are aimed exclusively at environmental protection and the preservation of this heritage. Florentines have been focused on giving, over the years, economic self-sufficiency for the work that has allowed the preservation of these masterpieces.

About urban decay in the Piazza del Duomo. You denounced the need to take action in defense of the square and its decor. In September 2013, there was a meeting with the Mayor of Florence, Matteo Renzi.

The need to protect the dignity of the square comes from the fact that the square is the Museum for us. We cannot consider the Cathedral, Museum, Baptistery and Campanile as separate buildings; they are inevitably connected to each other. The square must have its own decor and it seemed to us that this pattern is not guaranteed. The Mayor is convinced of the need for action to ensure the safety of the works and he is working to restore dignity to the square. We did not find any opposition far from it.

Matteo Renzi, Secretary of the Democratic Party. An opinion on the matter?

I do not play politics, but I am extremely pleased with this result. I know the Mayor and his ability of carrying out his office for which there are high hopes; he looks ahead and moves decisively in problem solving, which the country needs to turn the page. As Opera, we regard it as very positive, trusting that can change a lot.

2015 is also the year of Expo Milan. What do you think of the choice of Michelangelo’s David as a symbol of Italy?

If there is a masterpiece that speaks universally of the Italian Renaissance and the ability to represent the Fair, this is certainly the David. In addition, the block of marble that Michelangelo sculpted the David was owned by the Opera and the warehouses in which Michelangelo carved it were located in the Opera. We guard also the minutes of the meeting which was attended by Leonardo da Vinci and Sansovino to decide the placement of David had just been finished.